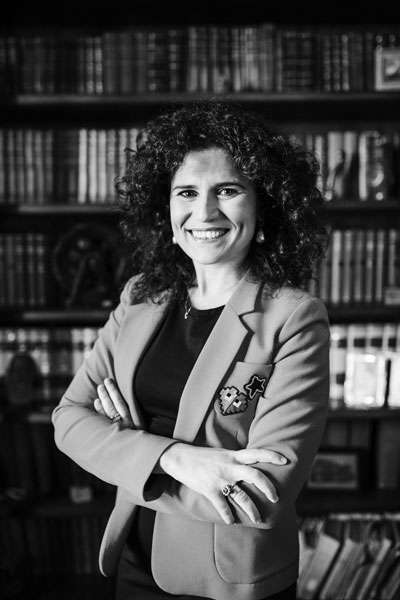 She graduated in Law at the University of Catania on 29th October 2003 discussing an experimental thesis in International Law entitled "Acts of International Terrorism and the Responsibility of States".

During the period of her legal practice, in 2005 she was admitted to the Second Level Master's Degree Course in "European Private Law" organized at La Sapienza University of Rome and directed by Prof. Guido Alpa, lawyer, and received a scholarship from the Bank of Italy. Upon completion of her master's degree, in 2006, she moved to Temple University of Philadelphia to pursue an LLM for Foreign Trained Lawyers.

She focuses on internationalization of action.

A member of the A.B.A. (American Bar Association), she participates annually in the section of international law held in New York and Washington and maintains working relationships with various emerging realities such as, for example, Malta and Cyprus; since July 2019, she has been appointed representative at the Camàra di Comercio del Caribe for the provinces of Catania, Siracusa and Ragusa and Referent for Sicily at the Italian Chamber of Commerce at the United Arab Emirates. In January 2020, she was elected National Coordinator of the Young Professionals Federation, which brings together young lawyers, chartered accountants and notaries.